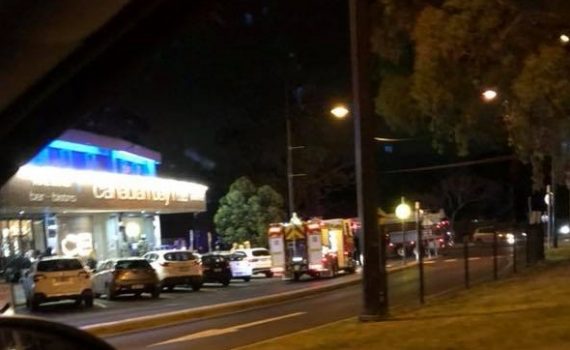 Patrons of Canadian Bay Hotel had an eventful dinner on Thursday 28th August when Mt Eliza Fire Brigade and Frankston Fire Bridge responded to reports of the chimney flue on fire.

Crews were on scene within minutes and on arrival found embers emitting from the chimney on the rooftop.

As the fire was contained to the chimney flue, patrons remained inside as firefighters extinguished the fire in the open fireplace and gained access to the roof to check for any fire extension caused by the embers.

With the chimney flue recently cleaned, this is a timely reminder to ensure residents regularly inspect and clean their chimney as fires can happen at any time without notice.

Mt Eliza Fire Brigade would like to thank the co-operation of CB’s staff and customers during this incident.