Mount Eliza Fire Brigade firefighter Geoff Birch this year celebrates his 40th year of service after having joined our Brigade in 1975. 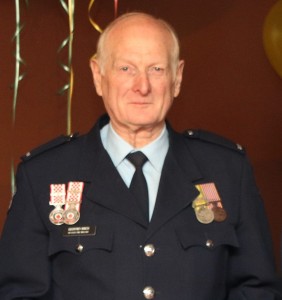 Geoff is the longest serving member of our Brigade and is the first member to receive a 40 Year Service Medal. He has always been a positive influence to other members, and his extensive knowledge and skill on the fireground affords to his numerous appointments as an officer of the Mt Eliza Fire Brigade; including serving as Captain. Geoff has served during many significant emergencies throughout the state, including Ash Wednesday and Black Saturday, the latter for which he received the National Emergency Service Medal. Affectionately known as ‘Birchy’ around the station, he is well respected by his peers and was made a life member of the Brigade in 2005.

Still to this day, Geoff is actively involved in training himself and other members on a Brigade, region, and state level – and his continued dedicated service looks to continue into the years ahead. Congratulations Geoff, and thanks for everything you’ve done for our community.