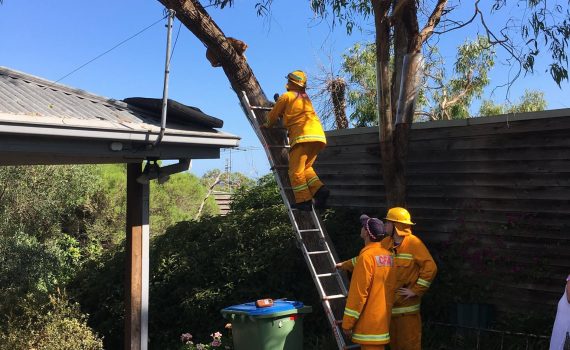 On Friday 30 December 2016, Mt Eliza Fire Brigade received a call out to a home on Quinns Parade where Merlot the adventurous orange tabby cat was stuck in a tree.

It’s believed that Merlot became stuck after jumping from the roof of his house, and once he was there he refused to come down.

Merlot watched anxiously from his precarious perch as help came closer and closer.

Although the tree was only about three metres tall, it was clear that Merlot was distressed and eager to come down. It took the brigade only about five minutes to get him down and place him in the arms of a very happy and relieved owner.

He has been stuck up there for about eight hours, so it’s no surprise he was happy to get down.

The rescue was pretty straight forward. We put a ladder against the tree and two of the guys held it steady while I climbed up to grab him.

It was nice to see the look of joy on the owner’s face when Merlot was safe and sound. 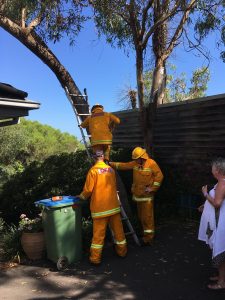 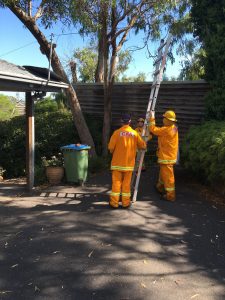 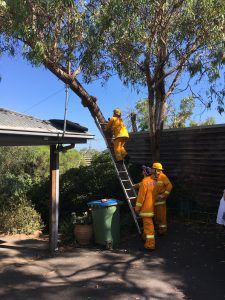 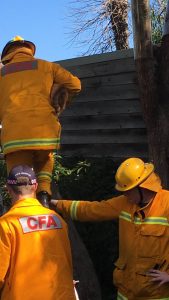