Over $2000 Raised For World’s Greatest Shave 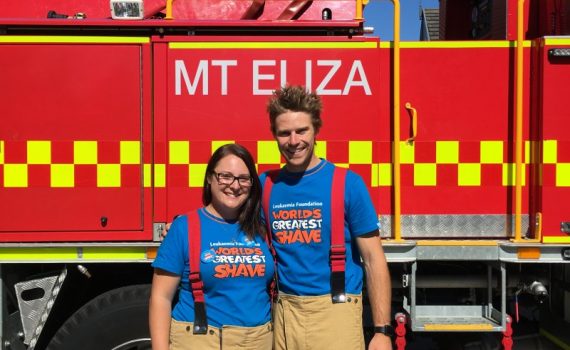 Over $2000 Raised For World’s Greatest Shave

Community members and brigade members were invited to join in the fun of a World’s Greatest Shave fundraiser that was held at the brigade on Sunday, 19 March.

Volunteers Maddison Wiese and Dan Good (pictured) were among the 20 plus people who participated in either shaving or dying their hair.

Fire trucks were out on show and a comedian provided lighthearted entertainment while the shaves were happening.

A sausage sizzle, face painting and a silent auction were also available on the day with all proceeds going to the Leukaemia Foundation.

The event raised over $600 bringing their cumulative total raised to more than $2,000.

Whether you have a personal connection to Leukaemia or not the World’s Greatest Shave is something everyone can get behind and have lots of fun to help a vital cause.

We are one community organisation helping out another and were just really excited to contribute. The challenge is now to make next year even more successful.

Thank you to everyone for their support and generous donations for the shave for a cure (Worlds Greatest Shave).Thank…