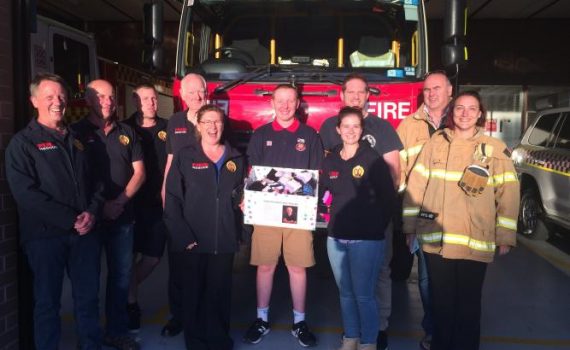 When Josh Berry was 9 years old, he saw homeless people in Melbourne city centre and told his mum he wanted to do something to help them.

When he got home, he jumped onto a computer to read about homeless people. One fact he discovered was that they always needed socks, so he decided to start collecting them.

“I thought collecting 100 pairs would be fantastic, but Josh found out there were about 24,000 homeless people in Victoria, so he wanted to collect 50,000 pairs,” his mum Jane said.

Josh is now 14 years old and has so far collected 28,500 pairs of new socks from overseas and all parts of Australia.

“He’s always had a compassionate heart and wanted to help people. Socks are an easy thing to collect and being so young he was successful in getting people to buy socks and send them to him.

“He won’t give up until he reaches 50,000 pairs.” Initially Josh put notes in letterboxes of the three nearest streets asking for donations. When a local person heard about this they offered to distribute 4,000 leaflets free of charge if he made the leaflets – which he did. He also set up a Facebook page (2 Pairs Each), a website (2pairseach.com.au) and visited some schools and charity groups to tell them about his quest.

When he was 11 years old, Josh joined the Juniors at Mount Eliza Fire Brigade, and when a Junior leader saw a story about him in a peninsula magazine wanting to donate 50,000 socks to homeless people, the brigade stepped in to help.

“The brigade really believes in helping the community so they have supported me,” Josh said.

The brigade collected socks from the local brigades and Josh was invited to a brigade group meeting which led to further donated socks.

So what does Josh do with the thousands of socks he collects?

“Initially he went to St Kilda, Dandenong and Frankston to give them to homeless people,” Jane said, “but now he supplies organisations who distribute them. Two thousand pairs were given out on Christmas Day.”

Josh’s desire to support his community extends to those with disabilities. In 2018 Josh joined Sailability Victoria, a not-for-profit volunteer organisation, where he learned to sail and then for the next 12 months took people with disabilities out in a sailing boat.

When asked why he’s collecting all these socks, his simple answer will resonate with many CFA volunteers.

“Our family likes helping people. I want to help people in the community.”

This article was first published on CFA News.